duty retention holsters will be showcased at the Association of the United States Army’s Annual Meeting, the largest land power exposition and professional development forum in North America.

line of Level 2 and Level 3 Duty Holsters, will exhibit at Booth #3625 during the Association of the United States Army (AUSA) Annual Meeting, to be held Oct. 10 – 12, 2022 at the Walter E. Washington Convention Center, in Washington D.C.

AUSA brings in over 33,000 registrants including top Army leadership and industry partners. Exhibitors and attendees from over 80 countries showcase leading-edge technologies and products. Seminars and social events provide participants the opportunities to meet top military brass and international leaders. 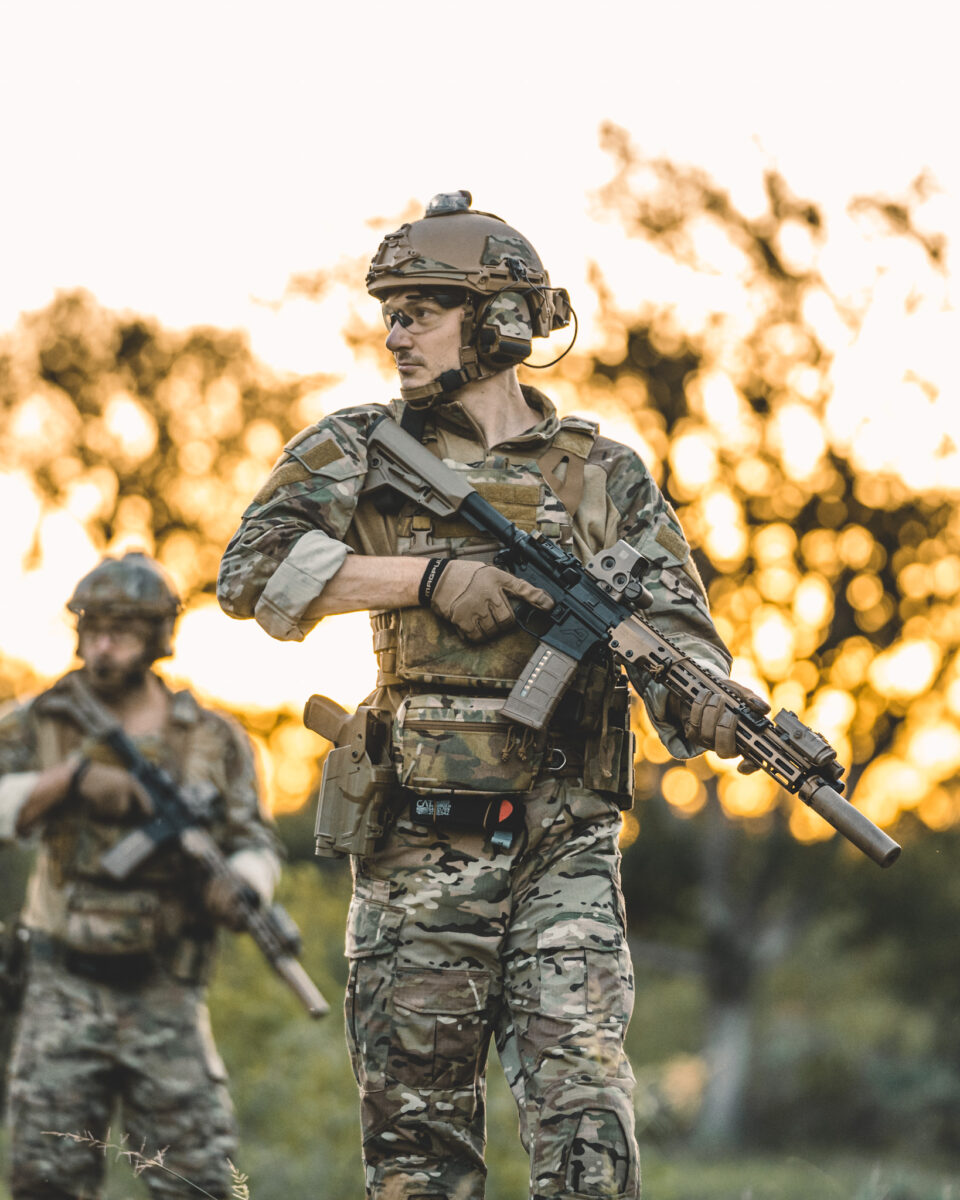 “Alien Gear Holsters is strategically entering into the military markets with products that are designed specifically for the warfighter,” Joe Lienemann, Director of LE Sales for Alien Gear Holsters, explained. “The Rapid Force line of holsters will be building on our success since the introduction of our Level 2 and 3 Duty Holsters with products for our men and women in the Armed Services.”

) retention control system allows the user to draw consistently with a perfect grip, even under stress. The Rapid Force Duty Holster has been thoroughly tested in extreme environments and under extreme conditions so that it has been referred to as a “tank” of a holster, able to withstand anything thrown at it. The Rapid Force Duty Holster is available in four configurations: Belt Slide, Paddle, MOLLE, and Drop Leg.

The optional Quick Disconnect System (QDS) allows the user to switch the holster from one carry configuration to another, quickly and easily, without tools. Made in the USA, the Rapid Force Duty Holster comes with a 30-day field test drive and a three-year full manufacturer warranty. It is available for GLOCK, Smith & Wesson, and SIG Sauer model handguns. MSRP is $115.88.

Alien Gear Holsters, a division of Tedder Industries, is based entirely in the United States and manufactures everything exclusively from their facility in Northern Idaho. Founded in 2013, Alien Gear Holsters are the most comfortable concealed carry holsters on the planet. Any planet. Alien Gear Holsters manufactures durable leather and lightweight neoprene composite holsters complete with fully swappable, plastic shells that are interchangeable with any inside and outside the waistband gun holster styles.

Duty Holsters protect the firearms of our First Responders. Engineered to meet the needs of active law enforcement and military service members, Rapid Force features a secure Level 2 or Level 3 retention, a fast and intuitive draw, and are extreme durability.

Using state-of-the-art 3D modeling, precision injection molding, and specially blended polymers, Alien Gear Holsters can repeatably produce top-quality holsters, made entirely in the USA, for much less than other tactical holster brands can produce. Alien Gear is proud to employ military and law enforcement veterans, competitive shooters, and firearms enthusiasts to ensure that our mindset matches yours.

AUSA supports Soldiers, their families, and Army civilians, provides a voice for the Army, and honors those who have served. OUR VISION To be recognized by the Army, Congress, our industry partners, and communities across the nation as the Army’s premier association and the foremost supporter of the Total Army. The Association of the United States Army is a nonprofit educational and professional development association serving America’s Army and supporters of a strong national defense. AUSA provides a voice for the Army, supports the Soldier, and honors those who have served to advance the security of the nation. www.ausa.org The growing line of Rapid Force duty retention holsters will be on display at the WLLE Training Symposium Sept. 12 – 14, 2022, in Anaheim,…