Ray Livingston will be using the BHA Model 90 in .460 S&W Magnum and the AR500 in 500 Auto Max in the upcoming season of a popular outdoors-centric television show.

Cody, Wyo. (September 2022) – Big Horn Armory (BHA), makers of big-bore firearms, is pleased to welcome Ray Livingston as its newest brand ambassador. Livingston will be utilizing the BHA Model 90 in .460 S&W Magnum and the AR500 in 500 Auto Max as part of the partnership. A lifelong outdoorsman, Livingston is a current hunting guide for Upfront Outfitters, a mentor for the First Hunt Foundation, and the newest cast member of a popular outdoors-centric television show (to be announced) which will begin filming its latest season this October.

“I’m excited to partner with Big Horn Armory and am looking forward to using the Model 90 and AR500 in my upcoming hunts. As both a hunter and survivalist, I look at my firearms like a golfer looks at their golf clubs. While you can get through a golf course with a 5 iron, there’s the best club for each set of conditions the golfer or hunter is faced with. As I consider any new firearms I purchase, I do so intending to have a ‘golf bag’ versatile enough to hunt anything, anywhere,” commented Livingston.

“Our partnership with Ray will help to show a broader audience the power and effectiveness of our big bore lever action rifles and AR firearms. We are looking forward to a long and prosperous relationship with Ray and can’t wait to see him on our TV screen,” remarked Greg Buchel, President and Owner of BHA.

Livingston was born in inner-city Portland, Oregon, and grew up in the city until his family relocated to rural Gresham when he was in middle school. It was here that he developed his deep love for the outdoors by engaging in hunting, fishing, hiking, and other outdoor recreation. A former All-American track and field athlete from the University of Oregon, Livingston often found himself in the woods alone, which led to his desire to learn primitive survival skills so he could go even deeper into the wilderness solo.

Since then, Livingston has been a participant on History Channel’s “Alone,” National Geographic’s “Called to the Wild,” and also co-starred in “Mud, Sweat, and Beards” on The USA Network. He has recently been cast for the upcoming season of a popular outdoors-focused television show (to be announced later) and will be using his custom BHA Model 90 lever action rifle as his primary hunting firearm on the show.

“I already have a performance center S&W 460 Magnum revolver and am a fan of that cartridge. It made it a no-brainer to choose the Model 90 for my lever action rifle. Having a rifle and revolver that use the same caliber, from a survivalist standpoint, is attractive to me. I can use the same ammo and reloading equipment for both, which saves me both time and money,” Livingston said. 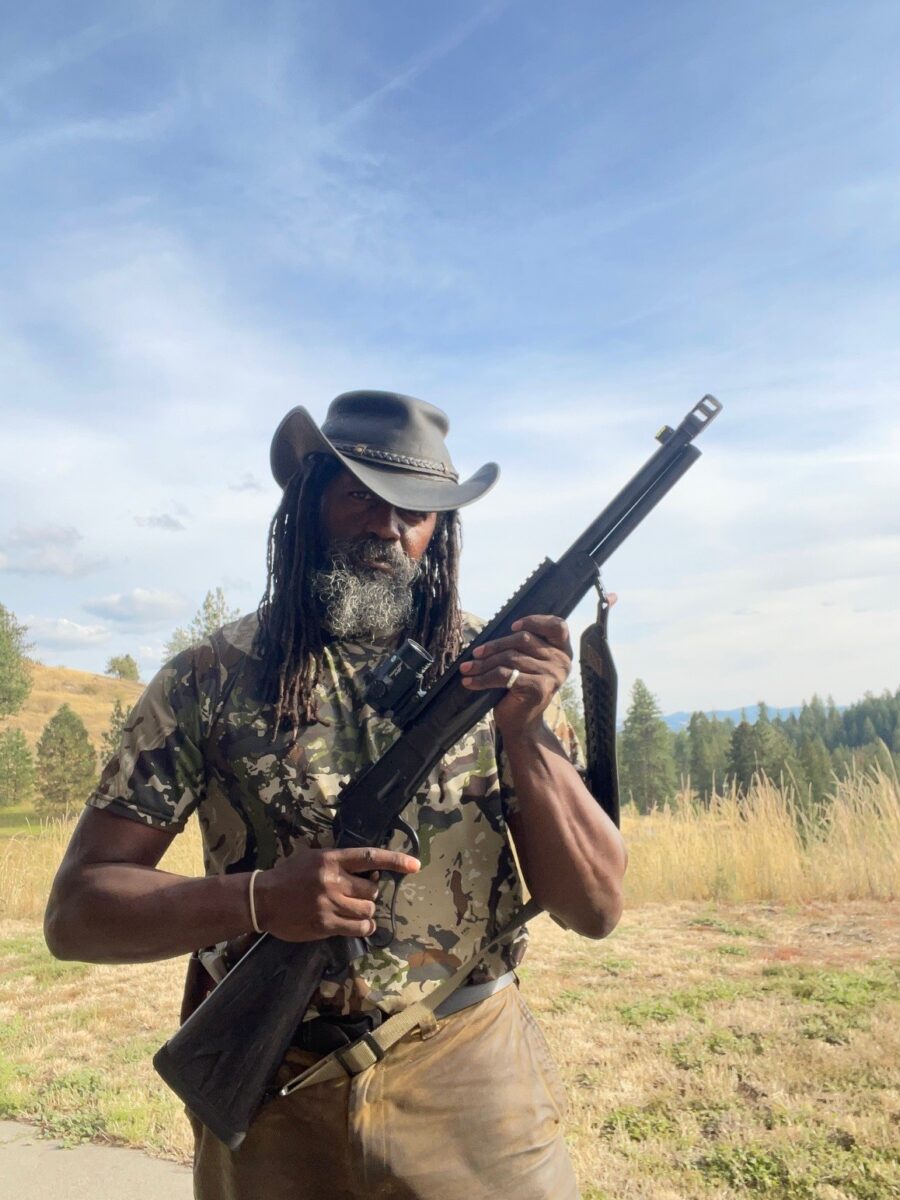 The Model 90 in .460 S&W Magnum is built from the ground up and solidly engineered using the latest CNC technology. It embodies the best of the old Model 86 and Model 92 lever action in a modern platform capable of handling the powerful .460 S&W Magnum. The rifle is manufactured with 17-4 stainless steel precision machined and properly hardened to deliver consistent downrange performances and rugged in-the-field dependability.

The stock and forend are fitted with integral front and stud rear sling swivel mounts. The pistol-grip buttstock has a one-inch recoil-taming pad. Stock and forend are given several coats of a durable synthetic satin finish. The large hunter-friendly curved lever enables ease of operation, especially with gloved hands. 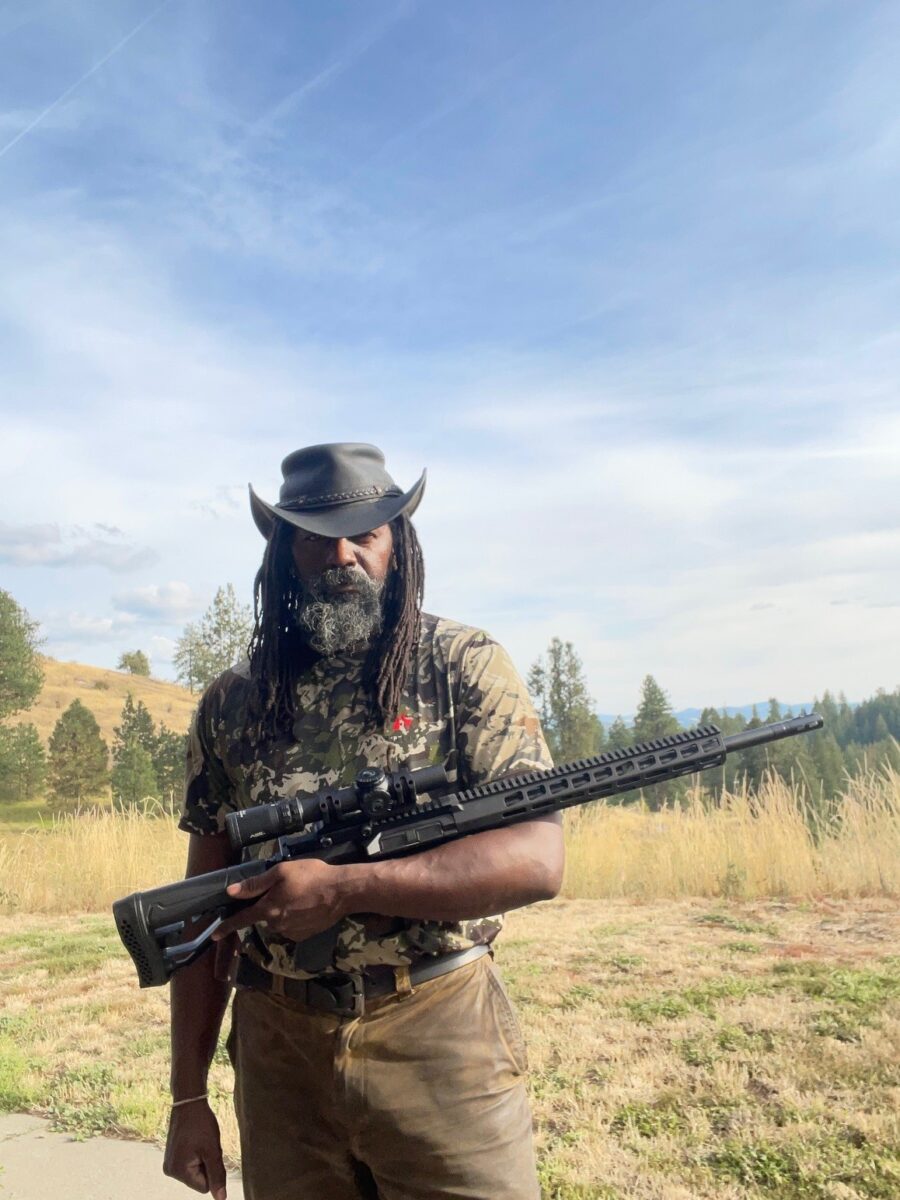 The AR500 rifle is an AR rifle like no other. BHA’s groundbreaking AR500 Rifle is the most powerful AR firearm available. The bold AR design and big bore 500 Auto Max cartridge put an unparalleled amount of power into a pleasant shooting, rapid firing, versatile rifle. This combination of size, familiar manual-of-arms, available accessories, and energy on target make the AR500 Rifle ready to handle almost any situation.

Only BHA offers a true, 500 magnum AR Platform with all of the features you expect in a premium AR, such as:

Weighing in at 9 lbs., the AR500 is enjoyed by shooters of all types, from target shooting to hunting, and is capable of taking any game on the planet. All new AR500 Rifle and Pistol purchases made from Big Horn Armory between Jan. 1 – 31, 2022, will receive a five percent discount off…