Tulsa, Okla. (January 2023) – Adept Armor, an armor system engineering firm, has just released its new NovaSteel Buckler Shield. The lightweight ballistic shield offers rapidly deployable protection for the vulnerable parts of the face, neck, upper torso, and arms. As such, it quite literally fills the gap left by contemporary body armor systems. Easy to stow, carry, and use – and compatible with a wide variety of lights and other accessories – the NovaSteel Buckler provides a reliable defense from a handgun, edged weapon, blunt impact weapon, and animal attacks, and can double as an extremely effective compliance weapon. It is especially well-suited for use in home defense scenarios. 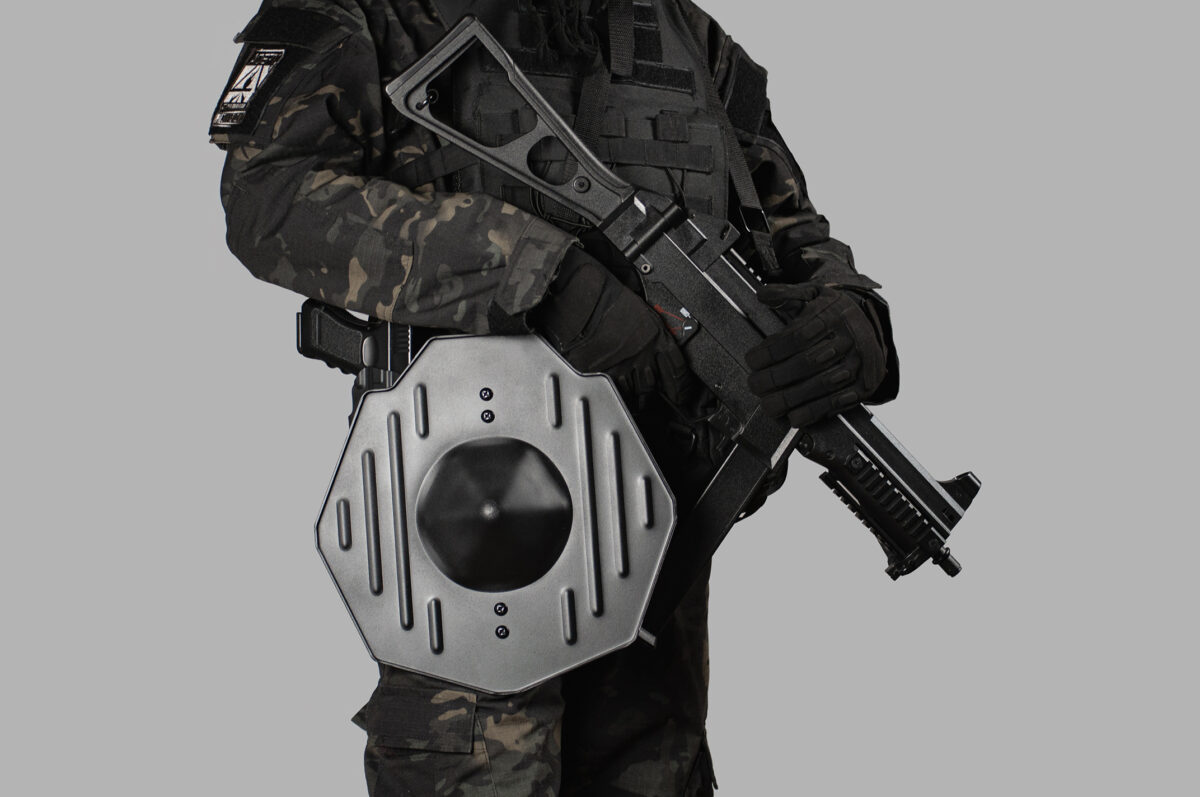 “The buckler is not a new concept. It is so old that its origins are lost to history,” commented Jake Ganor, President of Adept Armor. “As firepower came to dominate warfare in the 16th and 17th centuries, bucklers gradually fell out of favor and eventually disappeared entirely. We have brought it back with the NovaSteel Buckler because its form makes it a uniquely useful and versatile implement today – especially when it is made of advanced ballistic steel alloy.”

Weighing in at just 3 lbs., the NovaSteel Buckler offers a Level IIIA/VPAM-3 protection. Constructed from an advanced alloy, it features a rugged and durable handle, a nylon carry strap, a Velcro patch for ID or light, and an optional lightweight LED shield light with a strobe function. The ambidextrous ability of the NovaSteel Buckler Shield allows it to be easily switched between hands when in combat and can be used by both left and right-handed users.

Though relatively small at 12.2 in. in diameter, the NovaSteel Buckler Shield is designed to be held away from the body, and as such, it can protect a significantly larger area than its size conveys. Held properly, at arm’s length, it offers a much larger area of protection than most armor plates or vests and can protect typically unarmored areas, like the neck and face. The NovaSteel Buckler is light enough to benefit from its user’s autonomic startle-flinch response, and, with some training, can reliably be properly positioned to protect its wearer from harm. 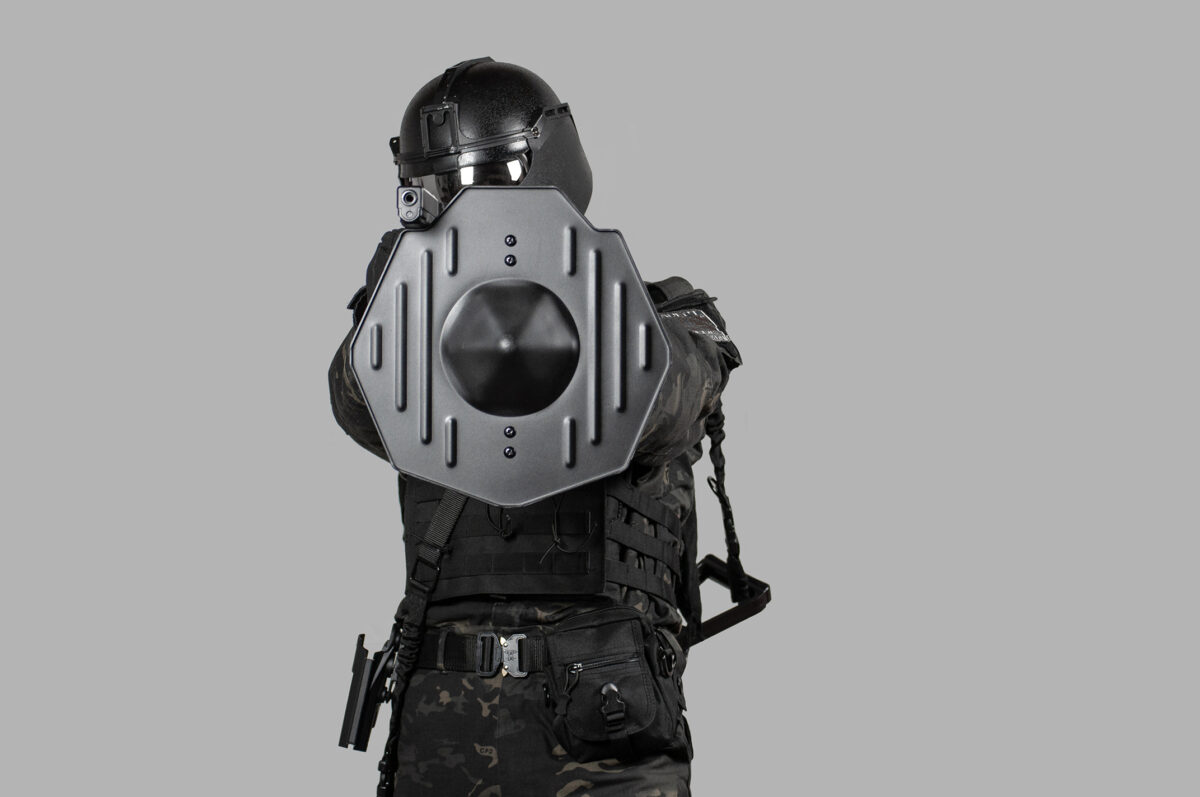 Interested in armor materials, systems, test methods, and current threats? Check out Adept Armor’s incredible knowledgebase of information and glossary.  Learn more about Adept Armor on their new website or follow them on Facebook, Instagram, and LinkedIn. Receive a FREE bag and patch, as well as the latest news, offers, and promotions from Adept Armor when you sign up for the newsletter.

Adept Armor is a materials engineering and industrial design firm that focuses on the development of technologically advanced body armor solutions for the world’s elite fighting forces.  Pioneering the development of novel titanium, steel, ceramic, and UHMWPE-based systems, Adept is spearheading technological development in the armor sector — and produces uncompromising armor for special circumstances. www.adeptarmor.com In response to the invasion of Ukraine and the threat to global democracy, Adept Armor rapidly expands its base in Europe to provide body armor…